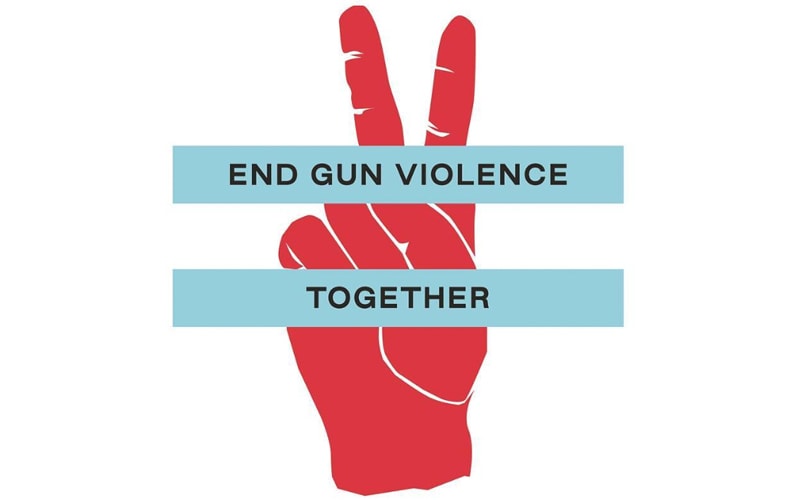 Campaign will support diverse coalition of organizations addressing the complex nature of gun violence and call on all Americans to push Congress to take action.

LOS ANGELES (November 20, 2018) – TOMS announced “End Gun Violence Together,” a campaign aimed at helping end the epidemic in America and kickstarting an evolution to the brand's giving model. To launch the campaign, TOMS will invest $5 million into organizations across the country that are committed to addressing the complex nature of gun violence through various tactics including programming in communities of color, mental health, research and policy, suicide prevention, and more.

TOMS will call on their customers and all Americans to take a stand to support organizations working towards an end to gun violence. Americans can use technology available on the TOMS website to urge their Members of Congress to take immediate action on this issue by passing universal background checks, which over 90% of Americans support. By visiting TOMS.com people can easily write and send postcards to their representatives and voice their support for change.

In addition to transforming its homepage into a tool for civic engagement, TOMS will devote its full platform -- including digital resources, TOMS retail stores, and social media channels -- to promote social advocacy. Supporters will also be able to use the TOMS website to learn more about the growing coalition of organizations TOMS will support including: Black and Brown Gun Violence Prevention Consortium, Everytown for Gun Safety, Faith in Action, Giffords: Courage to Fight Gun Violence, Live Free, March for Our Lives, and Moms Demand Action. 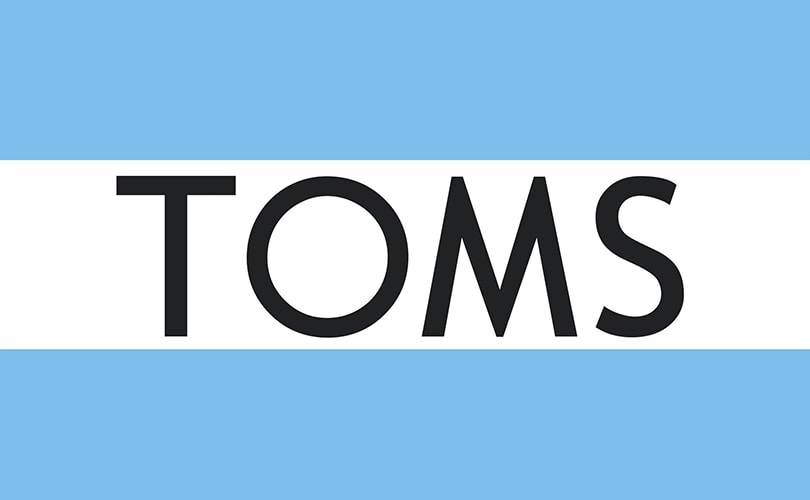 “As I watched the horrific shootings in Thousand Oaks, just a few miles from TOMS’ headquarters and my home, I was overcome with immense fear for my own children and an understanding that parents across America -- especially in communities of color -- have been living with that same fear and loss for far too long. We’ve been inspired by the organizations who have led this movement and by the students who have shown us unimaginable bravery and tenacity. We are ready to do our part and are asking all of our supporters to join us,” said Blake Mycoskie, Founder of TOMS. “Since day one, our mission at TOMS has been to create a better tomorrow. Over the past twelve years, we’ve given away 86 million pairs of shoes, provided 600,000 sight restorations, and helped secure 600,000 weeks of safe water to many communities. We are still committed to those endeavors and believe that creating a better future also means helping end gun violence today."

“End Gun Violence Together” is the first initiative in TOMS’ new giving model, which will aim to put TOMS’ work and its giving dollars towards solving the problems that impact the world today. TOMS will continue to invest in shoes, sight, and water and, using the TOMS mission as its guide, will add new areas of giving, addressing the most pressing issues of our time. TOMS will invest in the organizations and ideas advancing its vision of a thriving humanity and will support these efforts through: programmatic investment, community activation, and awareness building across all TOMS platforms.

Former Congresswoman Gabrielle Giffords and Captain Mark Kelly, a retired American astronaut, engineer, U.S. Navy Captain and responsible owner of seven guns, said, “It's our responsibility as a society to keep our children safe. Every child deserves to feel safe at home, at school, and in their neighborhood. Tragically, that's not the reality in our country today. TOMS is joining us in the recognition that it's time to change that. They know that when people from all walks of life come together to speak up and demand solutions, a safer future is possible. We are proud of the remarkable team at TOMS for leading by example and proving that everyone has a role to play in the fight to save lives from gun violence. We're honored to partner with them and look forward to working with them to raise awareness about this critical issue."

“I started organizing as a student because I felt an urgent need to make a difference and create a world where my peers and I would no longer have to live in fear. We refuse to be silent and we are immensely thankful that TOMS is lending its platform to support the movement and join us in demanding change,” said Winter BreeAnne Minisee, National Student Walkout organizer.

TOMS’ hope is that other companies will join them in taking a stand against gun violence in the weeks to come. WeTransfer is the first company to join the movement, generously donating advertising valued at $1 million on its platform in support of the campaign. Over the life of the "End Gun Violence Together" campaign, WeTransfer will generate upwards of 40 million impressions through full screen wallpapers and in-house creative services support.

“Since the Parkland shootings this year, WeTransfer has been using the power of its media to deliver the message of gun reform to the millions that use the service each week. Commissioning film, long form journalism and using photography to tell the stories of those affected and lobbying for changes to prevent more of this insanity affecting children in our schools and adults throughout the country. Historically WeTransfer has given 30% of its media to support the arts, but increasingly that media space is being used to support Climate change, Gun Reform, Diversity and Digital Sustainability," said Damian Bradfield, President of WeTransfer.

To learn more about “End Gun Violence Together” and join the campaign visit TOMS.com and follow #EndGunViolenceTogether.